With an increased BC and higher muzzle velocities when compared to bullets in its weight class, our bullets are unbeatable in a shot-to-shot comparison. The performance increase helps extend your maximum effective range by keeping you supersonic at extended distances.

We worked with Josh Kunz of Patriot Valley Armory, a former Boeing aerospace engineer, to design Flat Line bullets for performance at distance. Our CNC machining centers allow us to hold extremely tight tolerances and yield consistent dimensions and weights bullet-to-bullet and lot-to-lot.

With bullets available in long-range calibers from the big .416 down to the 6mm, we do our best to cover all the bases. 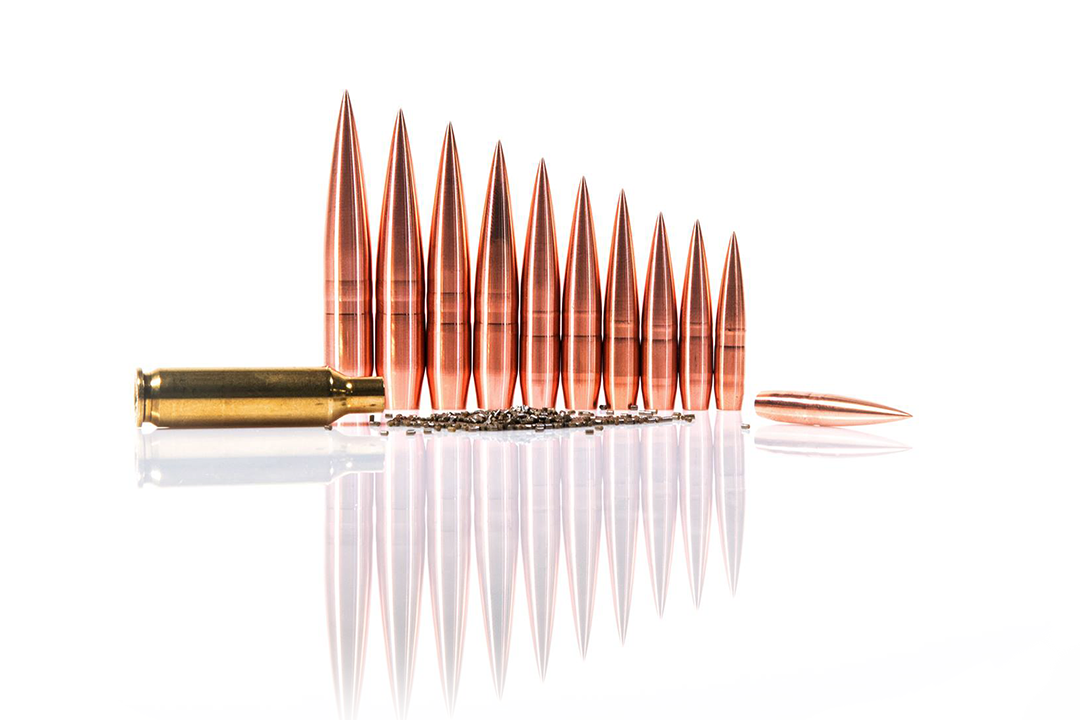 Each Flat Line Projectile is CNC lathe-turned, from a solid piece of copper. This monolithic ‘copper solid’ design and manufacturing process allows us to turn bullets in a repeatable and controlled fashion.

Manufacturing our bullets, one-by-one, on a CNC lathe allows us to incorporate features not typically found on swaged bullets.  We maximize the bullet’s BC with a sleek design and features in the pilot bands and driving bands.

In each box, projectile tolerances are held extremely tight – that’s right, we hold our bullets within a +/- 0.00005″ tolerance band. Crazy small. 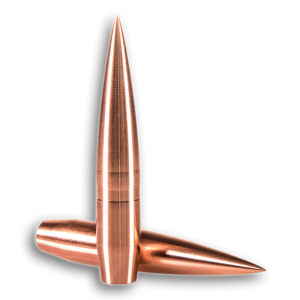 We measure and verify our bullets’ Ballistic Coefficient at the Energetic Materials Research Lab and Testing Center in New Mexico.

Doppler data for each bullet’s drag profile is gathered and tabulated as Cd (drag coefficient) vs. MACH (velocity relative to the speed of sound). These results are provided for our Flat Line Bullets, allowing shooters to utilize exact ballistic profiles for our bullets. 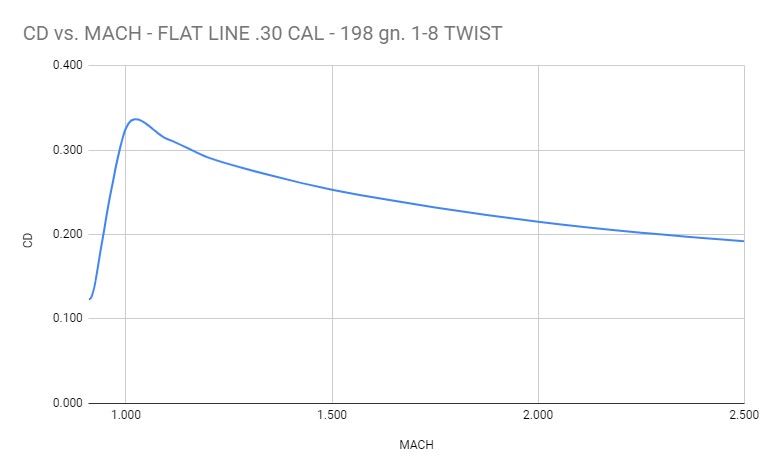 The Ballistic Coefficient (BC) is a numerical representation of an object’s ability to overcome resistance in flight. In simple terms, it is an indicator of how well an object can punch through the air.

As long-range shooters, we use a bullet’s BC to quantify how well it will perform during its trajectory to the target. A bullet’s BC will indicate its ability to retain velocity during flight and buck the wind.

A bullet with a higher BC will drop (elevation) and deflect (windage) less when compared to another bullet of the same caliber, fired with the same muzzle velocity, but with a lower BC.

Keeping it simple, A HIGH BC IS BETTER.

The G1 and G7 Ballistic Coefficients are based on aerodynamic drag models of ‘standard projectile’ shapes. The G1 standard shape is short flat-based while the G7 standard shape is a boat-tail with a longer, sleeker profile.

In general, modern ballistics has accepted the G7 to better approximate and predict the trajectory of our modern, low-drag, long-range bullets.

THE PROBLEM WITH USING BC

As you’ll notice in our Flat Line Projectile doppler data charts, each bullet’s BC varies at different MACH numbers, or bullet velocity. Thus, a bullet’s claimed BC is only an approximation of its true ballistic character.

Some modern solvers often incorporate a stepped-BC to accommodate for this variation. Today, there is a push toward doppler, a measured and true representation of a bullet’s drag performance throughout its entire trajectory. While we provide an average BC for our bullets, we include this tabulated Cd vs MACH curve for each of our Flat Line Bullets.

A tolerance is the acceptable range for a dimension, based on the form, fit, and function of a part. This tolerance range range is specified by the engineer, or designer of the part.

In manufacturing, the machinist conforms to the tolerance specification – accepting parts that meet the spec and rejecting the defects, or parts with dimensions that fall outside the spec. 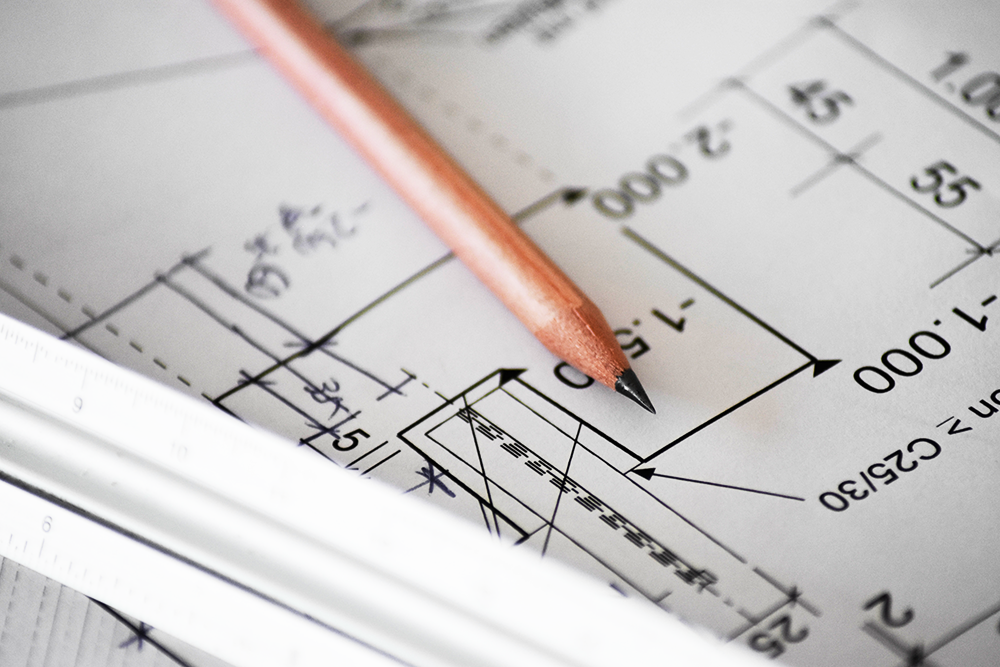 WHY DO THEY MATTER?

In long range shooting, we know that consistency in our ammunition yields consistency down-range. Tight tolerances in components = tight groups on target.

With that in mind, we manufacture our Flat Line Bullets with extremely tight tolerances. In a box of 50 bullets, our mantra is simple: 50 pieces in 50 millionths. That’s a 0.000050″ tolerance band of allowable variance. In a world where ‘a half thou’ (0.0005″) is generally acceptable, we hold our tolerances 10x tighter! 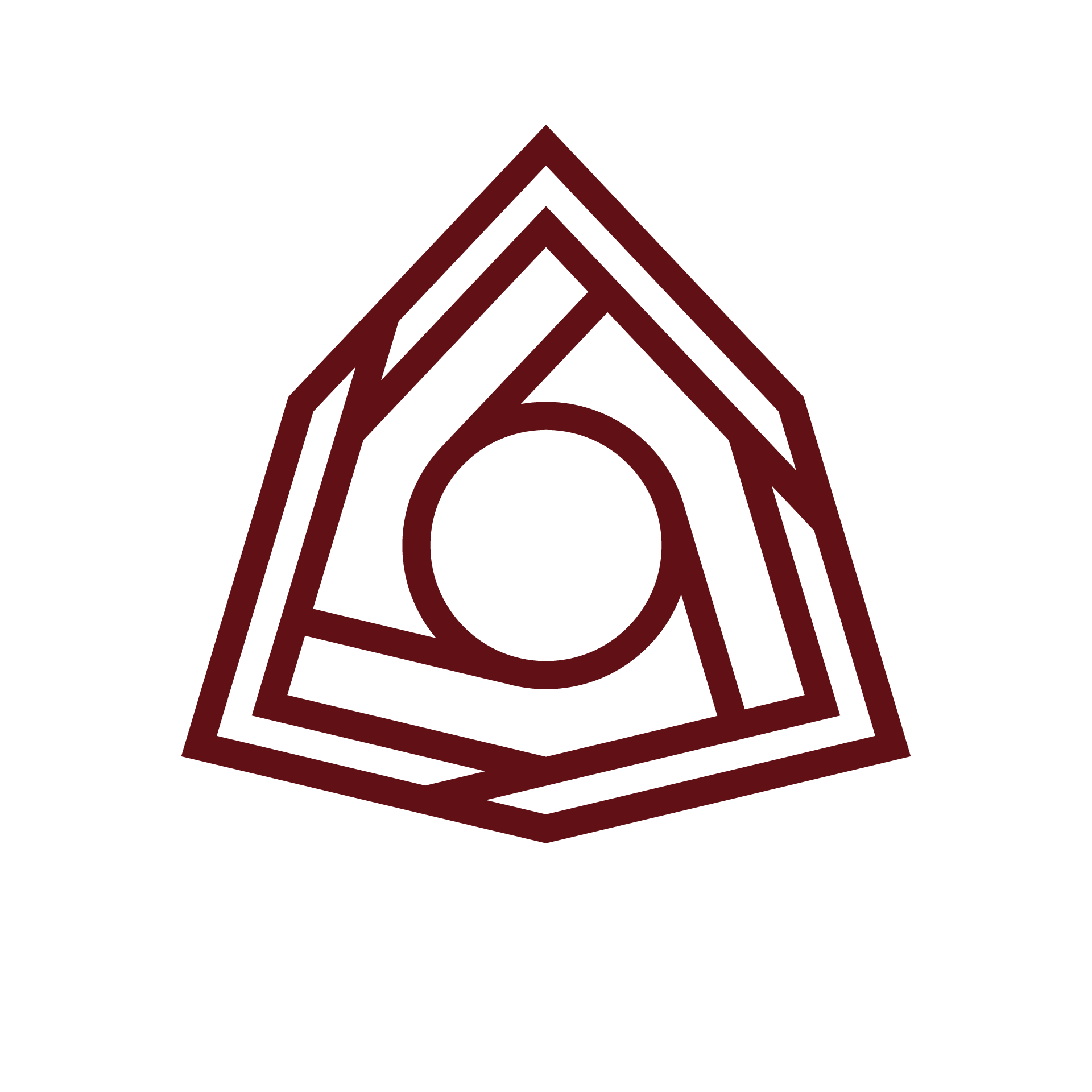 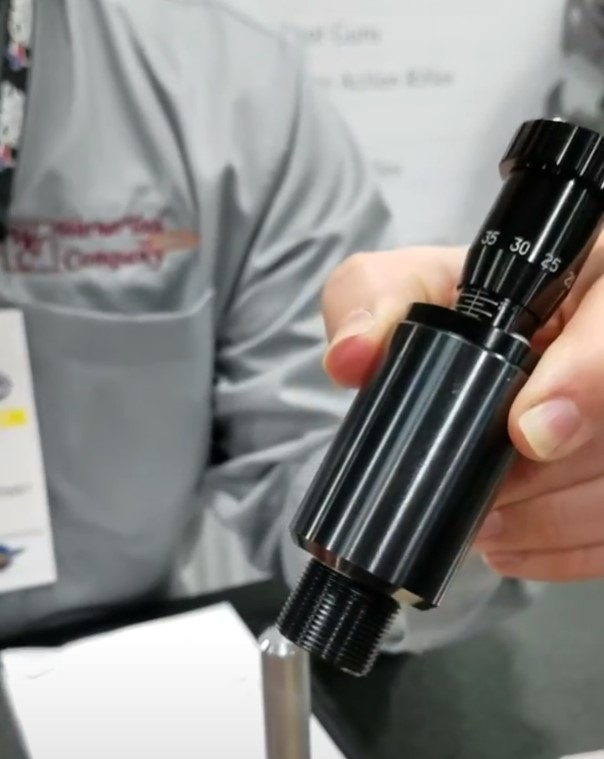 WHAT SORT OF WILDCAT
CAN WE COOK UP FOR YOU??